Distinguished Fellows must be nominated by five active Fellows.  Adjudication is carried out by the Governance and Nominating Committee with final selection by the Board. 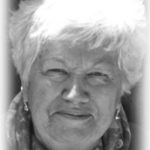 The Hon. Monique Bégin is Professor Emeritus at the University of Ottawa and Former Canadian Federal Minister of Health. 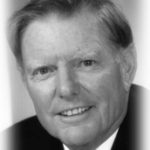 Dr. Kirby was a member of the Senate of Canada from 1984 and retired in 2006. He held numerous senior appointments in the civil service and was the founder and former Chairman of the Board for the Mental Health Commission of Canada. 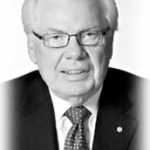 Dr. Stiller is well known nationally and internationally as an outstanding physician, scientist and entrepreneur who has championed innovation in health and biomedical research and its application for the improvement of health and the economy. He is a pioneer in multi-organ transplantation and diabetes in Canada. Dr. Stiller led the Canadian multi-center study that established the importance of cyclosporine in transplantation and led to its worldwide use as first-line therapy to prevent acute rejection. He was the first to demonstrate efficacy of immuno-suppression treatment in newly diagnosed Type 1 diabetes. He has published over 250 scientific papers. Dr. Stiller is the recipient of the Order of Canada, the Order of Ontario and in 2010 he was inducted into the Canadian Medical Hall of Fame. In 2010, he is also the recipient of the 2010 Canada Gairdner Wightman Award. 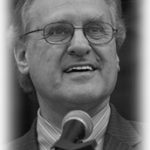 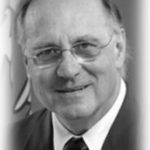 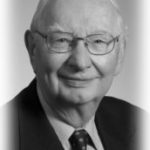 Dr. Friesen received his MD from the University of Manitoba in 1958.  He began his career in research in endocrinology with a fellowship at the New England Medical Center, Boston.  His initial academic appointment was at McGill University from 1965 to 1973.  From 1973 to 1992 he was professor and Head of the Department of Physiology and Professor of Medicine at the University of Manitoba.  His innovative research resulted in the discovery of the human pituitary hormone prolactin, defining its role in health and disease and for which he was awarded a Gairdner Foundation International Award in 1977.  Dr. Friesen has received many distinguished awards including the McLaughlin Medal of the Royal Society of Canada, the Koch Medal the highest award of the Endocrine Society, the Wightman award, the Starr award the CMA’s highest honor, eight honorary degrees, and was inducted into the Canadian Medical Hall of Fame in 2001.  He was appointed Officer in the Order of Canada in 1987 and promoted to Companion in 2002.  In 2004 he was inducted into the Order of Manitoba. 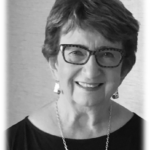 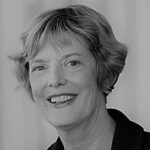 Dr. Martha Cook Piper was the Interim President and Vice Chancellor of The University of British Columbia from 2015-16.  She also served as the 11th President of the University of British Columbia from 1997 to 2006.  Dr. Piper has been a member of the Board of Directors of the Bank of Montreal, Shoppers Drug Mart, TransAlta Corporation and Grosvenor Americas Ltd.  She has also served as a board member of CARE Canada, the Dalai Lama Center for Peace and Education, and the Canadian Stem Cell Foundation.   She was Chair of the Board of the National Institute of Nanotechnology and served as a member of the Trilateral Commission. Dr. Piper is an officer in the Order of Canada and a member of the Order of British Columbia.  She was named Educator of the Year by the Learning Partnership in 2004, was appointed an Honorary Fellow of the Royal Society of Canada in 2008.

Frederick Lowy has had prominent careers as a psychiatrist/psychoanalyst and as an academic administrator. Born in Austria in 1933, he came to Canada in 1945 and was granted citizenship in 1950.  He graduated from Baron Byng High School in Montreal.

Dr. Lowy was appointed Dean of the Faculty of Medicine at the University of Toronto (1980-1987), Chairman of the Pharmaceutical Inquiry of Ontario (1998-1990) and of the Tri-Council Working Group on Ethics of Research with Human Subjects.  In 1995, Lowy returned to Montreal as President (then called Rector) of Concordia University, serving two five-year terms and then was recalled as emergency Interim President.  (2011-2012). Between appointments at Concordia, he served as interim director of the Sauvé Foundation (2007 ) and of the Trudeau Foundation (2009 ).